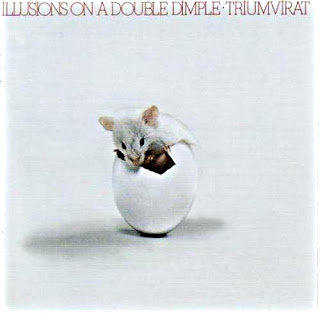 I made it to Frisco (near Dallas), where the FortuneBuilder event I’m volunteering at is taking place, after taking almost four  hours for what should’ve been a two-and-a-half hour drive. Waco was probably the most interesting part of the drive. I had to go through a thunderstorm that was like driving through a tropical storm. There were times I couldn’t see the car in front of me, even though the traffic on I-35. It slowed to almost 35 miles an hour.

By the time I made it to the north side of Waco, I had driven out of the rain. The roads were not dry, and the sky looked like it could start to pour again at any second. But it had still been free of the rain long enough for the automatic windshield wipers to stop for a couple of minutes. Then my phone went off in panic mode. “Warning! Warning! Warning! Severe thunderstorm warning for the next 18 minutes. Really helpful, Siri.”

So anyway I managed to get to the event and get checked in. My job tonight was to attach badge holders to the end of lanyards, and I did a few hundred of those. Then we broke for the evening and I went to the another nearby hotel, because I hadn’t been able to get booked at the Hilton tonight.

I got checked in at the other hotel, which shall remain nameless for reasons that will become apparent. I went up to the room and found it to be very very nice, if not worth the price that I’m having to pay for it. But that’s what happens when you go to a conference and have to get a hotel in a downtown area.

So I’m hungry. I go downstairs to the restaurant for dinner, and it’s pretty nice and reasonably priced—for a hotel. The waitress was really nice and made me laugh. She took my order and went away. While I was waiting for my food to come out a fairly large gray rat scrambles across the restaurant in front of me. I was tired, so I rubbed my eyes thinking, “Did I really just see a rat run across the restaurant?”

About the time I convinced myself that I didn’t see what I saw, the rat ran back across the other direction. So, when the waitress came by with my drink and to take my order, I told her, “By the way, you might want to tell your manager I just saw a rat run across there.” When she realized I was serious she bust out laughing, “Oh no. Now I have to set traps for it.”

She then left to get my drink refill, and I heard the guys in the bar laughing all the way across the hotel. Mind you, it wasn’t not really empty in the restaurant, just slow. Like you expect from a hotel restaurant on a Monday night.

She came back and told me that she told the guys in the bar, and they were having a good time about it. She also told me she poured my second drink so it would be comped. Then she left to check on my order and the rat made the third appearance. I told the waitress about this when she came back, and she told the manager who reiterated that she had to set traps for it now.

Everything was settling down when the waitress went to get my food. She came back and she was laughing so hard she could hardly walk. She said the rat had made it to the kitchen, and the three big, burly guys in there were all up on the counter yelling about the scary rat. She said, “Frederico says, ‘He’s been here a long time. He is gray. He’s got lots of gray hair.’ I couldn’t convince him that they’re all gray.”

But All’s Well in Rodent Land

The server and I talked for a long time about how she ended up here, and things we have in common. Her husband is a national record producer, and they live in Junction. She came up here to help open the hotel and has ended up staying for almost seven years. I told her that I spent 10 years on a three-month contract once. This was a very enjoyable end to what had been a stressful, then boring day.

Find your hope and laughter where you can.