Crowd funding enables you to raise money from people you don’t even know.

In the loosest terms, crowdfunding occurs any time you raise money for a project over the Internet. It is a relatively new phenomena, originating with the Jumpstart Our Business Startups (JOBS) Act of 2012. That act created a loophole—and I use the word intentionally—by which businesses can market securities to the general public over the Internet. The act also demanded a “regulatory structure” to control those activities.

Even though the JOBS Act passed in 2012, SEC regulations—that “regulatory structure” were not in place until May 2016. Until then, companies were strictly forbidden from advertising securities, but it’s still not the Wild Wild West.

You really don’t want to get on the wrong side of the SEC, so you should always consult your own attorney—one who specializes in crowdfunding—before raising capital through this medium.
That said, here is a brief list of the regulations to enable you to determine if getting started with crowdfunding your project is worth the effort:

That’s not really enough information to go on. It’s not supposed to be. If you are seriously interested in crowdfunding a project, talk to your lawyer. Seriously.

[Since we are into one of our phases of acquiring properties, Russell has been interested in finding out how new investors go about figuring out the best time to get funding for new projects! Read on!]

Russell will network anywhere, any time. After all, the way to a potential investment partner is through their stomachs!

I went to an investor meetup the other day and threw out a question for the sake of the beginning investors in the room.  The question was, “What’s the best way to secure funding for your first deal, when you need to have funding in order to secure your first deal?”

If you’ve never done a deal before, how do you prove to potential lenders that you’re a good risk?  If you’re not secure in your financing (and aren’t independently wealthy) how do you reassure potential sellers that you can actually purchase that first property?

While several variations came out in the responses, the recurring theme was quite simple – networking.  You simply have to attend networking events on a regular basis. This lets you:

END_OF_DOCUMENT_TOKEN_TO_BE_REPLACED

Wendy knows that all opportunities
involve some kind of work.
Wendy Source: Wikia

I came across a great quote attributed to Thomas Edison. “Opportunity is missed by most people because it is dressed in overalls and looks like work.” It got me thinking about all the opportunities we provide and the kinds of work they require to see to fruition.

Opportunities in this business do require work—some more than others.

But there’s more than one kind of work. Here, in no particular order, are a few of the opportunities we provide to help everyone achieve a better life.

Real Estate Problems
Sometimes a house is just a burden for the owners. They can’t afford the payments. They need to move quickly for a job opportunity. Deferred maintenance has built up to the point where they can’t deal with it. They inherited the house, but they live in another county or another state and just can’t take the time to deal with it.
The reasons why people need to sell a house or endless. We can help them by buying the house and closing on their schedule.
Have I mentioned that many of the houses we buy and renovate are eyesores? Our process improves the whole neighborhood by cleaning up rundown houses, picking up garbage, or just freshening the paint and landscaping.

What do you see here? Is this a problem or an opportunity? Hint: You can’t have without the other.

Market Research and Development
It takes a lot of time to find and secure a deal. Some of our associates learn a market by driving around and looking at houses (driving for dollars). They then sell us the list of prospects they compile.
Others specialize in getting houses under contract. They then sell us the contract wholesale.
And, of course, Realtors® help us buy and sell houses, earning a nice commission.
Physical Labor
Renovating a house requires a variety of skilled and unskilled labor. It provides work for electricians, plumbers, framers, landscapers, and cleaners.
White Collar Work
You don’t think about lawyers and accountants needing work, but they do. We have a full-time bookkeeper, a CPA who reviews our books and prepares our tax returns, and real estate lawyers who consult with us on every project. Then there is the clerical staff who work for each of these professions and at the title companies that close the purchase and sale transactions.
Loans
We often have to buy houses faster than a bank or mortgage company can make a funding decision. When we don’t have the liquidity to close the project on our own, we rely on private lenders with whom we have an established relationship. We help them put their money to work earning a much higher return than they would earn from a bank. Of course, there’s more risk than with most banks, but we believe the reward is much greater than the risk.
We also lend money on good projects when we run low on projects for ourselves.

You can see how every project we take on has the ability to help lots of people achieve a better life. We really do improve people’s lives by solving real estate problems.

If you’d like to talk to us about how we might be able to help you better your life with one of these opportunities, please drop us an email or call 512-807-8777.

The first time you loan a substantial portion of your wealth to a rehabber, you may worry about this being your new home—no matter what your relationship with your borrower. When you stop worrying, it’s probably time to stop lending.

In a previous post, I talked about the advantages to Hermit Haus of using other people’s money (OPM). I mentioned that I prefer using private money to every other source. I prefer private money because I really do believe in the big Win-Win and spreading the wealth around a bit. This post deals with why becoming a private money lender (PML) is good for you as the lender.

Let me start out by saying I am a PML. I have helped fund several other people’s projects. I don’t like lazy money. I want my money working all the time—even when I don’t have a deal in progress. (Yes, that does happen sometimes. It seems like this business is always going from one extreme to another. Either you don’t have any deals at all or someone accuses you of being a “house hoarder.”)

What’s the Worst That Can Happen?

A few years ago, I was at one of those massive networking events with vendor booths all along one wall. I got to chatting with a hard money lender who was willing to fund 70% of the after repair value (ARV). At that time, I had been doing one deal at a time, mostly with my own money. I asked him about the risk of lending money on an undone house. “What’s the worst that can happen?” he asked.

“I don’t know. I guess I default on the note,” I said, somewhat naively.

That was an eye-opening conversation for me. The worst that could happen was for the borrower to honor the contract. Wow!

Why Lazy Money Is Bad 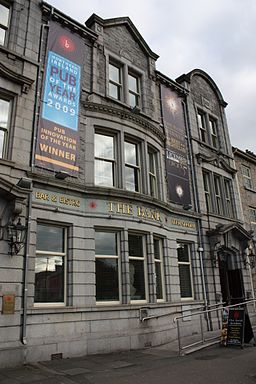 If you’re putting your money in Any bank, you might as well be putting it in The Bank, an Irish pub. You’d get more pleasure out of it, anyway.

Banks are pay ridiculously low interest rates. They can get away with these low rates because your money is “safe,” protected by government insurance. Even if the bank fails, you get your original deposits paid back. But that’s not really safe, is it? If you only get back what you put in you have really lost money. In fact, even at the interest rates banks pay today, you are losing money every day you let your lazy money vacation in a bank. Assuming the federal government’s core inflation rate of about 2.2% (January 2016), your money is worth 0.183% less every month. If you put $100,000 in a CD in January, it would be February before the interest rate you earned would overcome inflation. Think about that. It would be three full months before your money—including interest would buy as much as it would if you spent it all in January And that’s with the highest paying CD I could find on the market today!

At the end of the year, your $100,000 would have grown to $101,124, but it would only be worth $100,939 compared to January. That’s still $939 more than you had to begin with, and compounding would continue to make it grow faster each year. But if you needed to have a million dollars to retire and maintain your current lifestyle, how long would it take you to get there? Would you even still be alive?

Why You Should Be a Private Money Lender

The only way to beat the bank is to BE the bank. Become a PML.

Being a PML can earn you a Lot More Money than a bank CD. I think the rewards are worth the risk.

Think about that. You’d make almost as much money just for making a loan that could possibly be repaid the next day as you would for leaving your money in a CD for a full year. Then you would earn $833 in interest every month until the loan was repaid when the house was sold. That’s a lot more than the $183 the highest paying CD would give you.

Now as a PML, you could let your money compound, just as you would with a CD. But you could also take that interest payment every month and do with it what ever you want. Put it back for taxes. Make a car payment. Anything. What would it be like to drive a $100,000 car and have someone else make the payment for you every month? At the end of the day, you have the car and the $100,000.

The graphic at the right compares the money you’d earn as a PML to the money you’d earn in a CD. Even if one project finished and it took two months to find another project to fund, you’d still make $9,552 during the year. That’s $8,428 more than a CD. You’d make an additional $360 by letting the interest compound. Or you could drive an essentially free car.

The bottom line is simple. Find a local rehabber to work with. Fund their projects and let them do the work. Just make sure you have a good contract and a first position lien on the house. I would also recommend that you not loan more than 75% of ARV and stay involved with your rehabber. That way, if the loan goes south, you still have a $133,000 house for $100,000.

For more information about being a PML, sign up for our free booklet.